PHARUS – inspiration to an inner journey

Installation of sounds, images and light on November 8, 10 and 11, 2018 at the Mariendom in Velbert-Neviges

In 2018, the Mariendom in Neviges, built by Gottfried Böhm, celebrated its 50th anniversary. The artistic highlight of the jubilee celebrations was the performance of the media installation PHARUS by the Düsseldorf artist group «Area Composer« in cooperation with »Lichtkultur« from Göttingen.

Nearly 2.000 people have experienced PHARUS. All three days were sold out and the response was overwhelming. PHARUS was described in the German newspaper WAZ (Westdeutsche Allgemeine Zeitung) as a »breathtaking art project« and »unbelievably harmonious symphony of colors, light and sounds … that leaves plenty of room for own thoughts and emotions« (read article in German). »A lighthouse in the Mariendom« headlined the Westdeutsche Zeitung WZ (read article in German).

Take a look at the trailer (3 minutes):

With the staging of PHARUS at the Mariendom Neviges, visual art, sound art, light art and digital technology entered into an exciting dialogue with epoch-making architecture. The approximately 700 square meter concrete wall of the sanctuary became a powerful projection screen for the luminous, slowly merging images of Peter Hölscher. With the help of a mapping technology, the images were tailored precisely to the angled, folded architecture of the wall, so that it seemed to detach from the building and float freely in the room. The soundtrack, composed by Ronald Gaube, was recorded via a multi-channel surround sound system, which made the diverse sound effects throughout the church space vividly tangible. In the last part of the church organ was used and played – driven by a midi interface – the pre-programmed composition.

Uta von Schenck and Paul Friedel from »Lichtkultur« accompanied the installation with a finely tuned light dramaturgy. The church windows were illuminated in different colors and intensities from the outside and corresponded in this way with the pictures on the sanctuary wall. In addition, floodlights were used throughout the church, filling the vaulted ceiling, galleries, side and sacrament chapels with light and color.

The result is a total work of art that uniquely sets the scene of the entire architecture of the Mariendom. The audience and listeners could experience the cathedral in a completely new way. Because unlike media installations often common, they were not flooded with hectic images and quick cuts. On the contrary. PHARUS fascinated by slowness and took the visitors on a contemplative journey that slowed down and gave time for a meditative experience. So they could fully immerse themselves in the installation and develop from their impressions and associations a personal relationship with this historically and spiritually significant place.

For the realization of PHARUS state-of-the-art technology was used, which was awarded, delivered and installed by »team technik« from Recklinghausen as well as by the Munich-based company »Scheinwurf«. High-profile video, sound and lighting experts set up the technology and drove the installation highly professionally on the three days of the event. Responsible for the overall technical advice and video mapping was »MXWendler«from Weimar. The sound system as well as the overall control were taken over by Peter Kanngießer from Wuppertal.

PHARUS (lat. Lighthouse) is a work of the artist group »Area Composer«, consisting of Peter Hölscher (composition, photography), Ronald Gaube (composition, music) and Dorothee Pilavas (art projectress). With 5.000 individual photos in long exposure and 40 hours of sound recording, the Area Composer captured the shapes, colors, sounds and sounds inside and in the immediate vicinity of the dome and woven it into a unique composition of images and sound, specifically to the dimensions of around 700 square meters large altar wall was cut to size.

The media installation has a total duration of 40 minutes and shows four stages of a trip or pilgrimage to the Mariendom:

1. ASPIRATION (7:30 min.) Shows the visitor’s approach to this spiritual place. The path that lies behind him is forgotten in the face of the towering cathedral. On his path up the mountain, he sees him changing his shape again and again, as if waiting for him impatiently.
2. EPIPHANY (10:00 min.) Portrays the glass windows that welcome the entrants with radiant, pure colors. Their symbolic messages appear through the light coming from the sky and almost make the visitor forget the place. The sounds, voices and sounds that have just filled the room give way to a recurrent melody that grows into a solemn music.
3. PURIFICATION (14:10 min.) Takes the visitor through the interior of the cathedral. His gaze also turns inwards. From the silent twilight of the church, thoughts, memories, hopes, but also fears approach. For a moment it seems as if rising doubt stifles all courage. But in the dispute tensions break up and new ways are revealed.
4. SALVATION (7:30 min.) Satisfied and accompanied by the sounds of the church organ, the visitor steps outside again. The view is upwards. Unlike on arrival, he now perceives the bright blue sky to which the tips of the cathedral point.

What is left of PHARUS?

Choose your personal key scene and get your moment as a high-quality print. 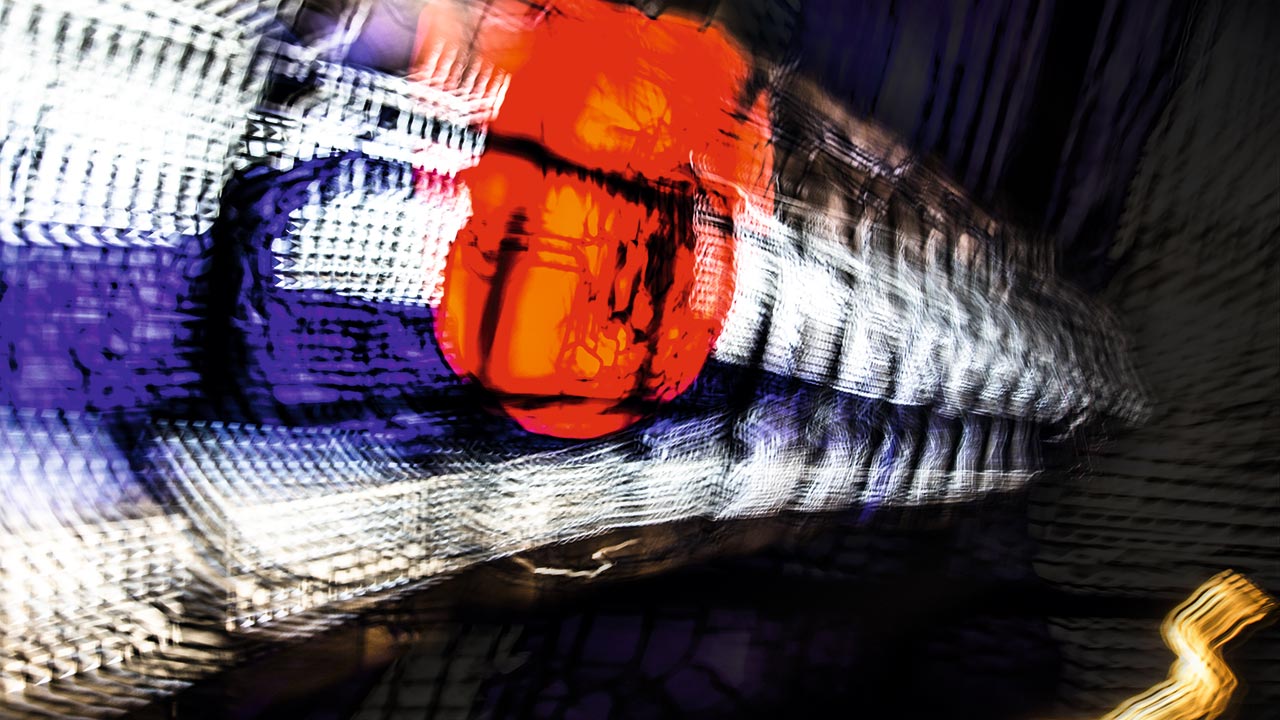 If you want to keep the memory of this extraordinary event alive, you can choose your personal key scene from PHARUS, which is then printed once as a high quality fine art print. Because every second of the installation is awarded only once, so that the moment remains unique for everyone. There is also the entire PHARUS soundtrack.

Call us or send us an email, then we discuss the details.

»The Mariendom bathed in new light«

The installation PHARUS immerses the Mariendom in Neviges in a very new light in the truest sense of the word. What’s more, photography, sound and architecture enter into a new and exciting connection at this special location. The monumental architecture of the pilgrimage church is not just a projection screen. Thousands of single photos and many hours of audio recordings of the cathedral were edited, linked together and put together in a completely new way. This requires modern media technology – it makes this form of installation possible and thus creates a contemporary, special aesthetic. I am pleased that the Düsseldorf group “Area Composer” has accepted the Mariendom and realized the installation PHARUS here. I wish all visitors a lot of pleasure in watching and listening.